They have a name, the Illini Prairie Conference

Beginning the fall of the 2017-2018 school year, almost 16 months from this week, the remaining teams from the Corn Belt Conference and five-team Okaw Valley Conference will merge and become the ten team Illini Prairie Conference.

The result of Bloomington Central Catholic, Olympia, Pontiac, Prairie Central and Illinois Valley Central from the Corn Belt, along with Champaign St. Thomas More, Monticello, Rantoul, St. Joseph-Ogden and Unity from the Okaw Valley will create what many have discussed as the formation of downstate Illinois' premier 3A-4A high school athletic conference.

Merger talks began after Normal University High announced it was leaving the Corn Belt in January to join the Central State Eight starting the 2017 season. Meanwhile, Eureka had already make plans to move to the Heart of Illinois and Mahomet-Seymour jumped the Corn Belt ship to join the Apollo. Maroa-Forsyth, the smallest school in the Okaw, decided shortly after St. Joseph-Ogden, Unity, Rantoul and St. Thomas More joined the conference to migrate to the Sangamo.

The initial concern voiced when the merger talks were announced was the issue of travel between SJO to IVC, which would be a little over two hours by bus between schools. However, athletic directors and coaches, who are enthusiastic about the new conference, plan to use Saturdays and neutral game sites as often as possible to minimize time on the road for student-athletes and fans.

Attacking referees is not tolerable

The Illinois High School Association released a statement yesterday regarding an incident in Texas where two high school football players i... 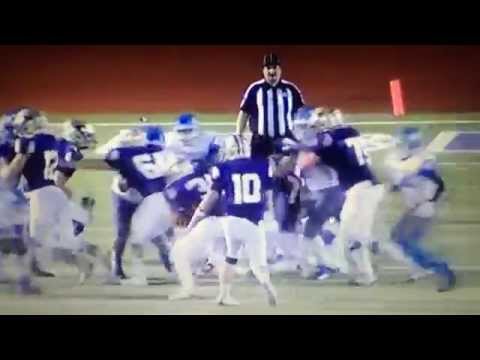